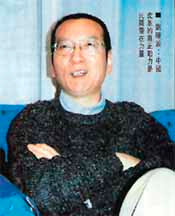 10 December 2008
http://www.internationalpen.org.uk/go/news/china-prominent-dissident-writer-detained
The Writers in Prison Committee (WiPC) of International PEN is seriously concerned about the detention of prominent dissident writer Liu Xiaobo, former President and Board member of Independent Chinese PEN Centre, who was arrested on 8 December 2008. He is among a number of activists to have been detained in recent days for their participation in events to commemorate the 60th anniversary of the Universal Declaration of Human Rights (UDHR) that is being celebrated world-wide today. Most have since been released, but Liu is thought to have been charged with ‘suspicion of inciting subversion of State power'. The WiPC considers Liu Xiaobo to be held for his peaceful opposition activities, and calls for his immediate and unconditional release in accordance with Article 19 of the International Covenant on Civil and Political Rights, to which China is a signatory.
According to the WiPC's information, writer Liu Xiaobo is among a number of dissidents to have been detained or harassed in recent days after issuing an open letter calling on the National People's Congress Standing Committee to ratify the International Covenant of Civil and Political Rights (ICCPR), and launching Charter 08, a declaration calling for political reforms and human rights. These activities are part of campaigns to commemorate the 60th Anniversary of the Universal Declaration of Human Rights (10 December), and were signed by more than 300 scholars, journalists, freelance writers and activists in China. The following background is given by Chinese Human Rights Defenders (CHRD) in a 9 December 2008 alert:
A group of Chinese citizens launched Charter 08 (????) today, a declaration that outlines a vision for a constitutional democratic China and initiates a platform for citizens' actions. Charter 08 calls for bold political reforms, including an end to one-party rule and replacement of the current political system with one based on human rights and democracy. Charter 08 was signed not only by well-known dissidents and intellectuals but also by officials and rural leaders. The signatories will form an informal and open group to promote democratization and advance human rights in China. Charter 08, assisted by CHRD, was inspired by Czechoslovakia's Charter 77 in which Czech and Slovak citizens espoused similar ideals for their country.

Calling for his immediate and unconditional release in accordance with Article 19 of the International Covenant on Civil and Political Rights, to which China is a signatory.
Send appeals to:
His Excellency Hu JintaoPresident of the People's Republic of ChinaState CouncilBeijing 100032P.R. China

Please note that there are no fax numbers for the Chinese authorities. WiPC recommends that you copy your appeal to the Chinese embassy in your country asking them to forward it and welcoming any comments.
Please copy appeals to the diplomatic representative for China in your country if possible.
**Please contact the PEN WiPC office in London if sending appeals after 2 January 2009**
For further information please contact Cathy McCann at International PEN Writers in Prison Committee, Brownlow House, 50/51 High Holborn, London WC1V 6ER, Tel.+ 44 (0) 20 7405 0338, Fax: +44 (0) 20 7405 0339, email: cathy.mccann@internationalpen.org.uk