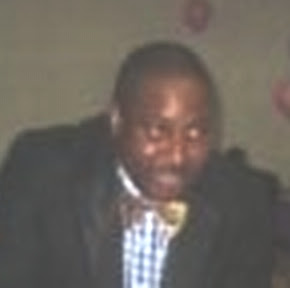 English PEN welcomes the release without charge of the US-based internet writer Emmanuel Emeka Asiwe, who was held incommunicado from 28 October to 4 November 2008 due to his critical reporting on Nigeria.

Emmanuel Emeka Asiwe, editor of the website HuhuOnline, based in Arlington, Massachusetts, USA, was arrested by the State Security Service (SSS) on his arrival at Lagos airport on 28 October. He was held incommunicado without charge for a week in Abuja during which he was questioned about "matters of national security." He was reportedly released without charge on 4 November, however his passport had not been returned to him, preventing him from returning to the US.

Asiwe was the second US-based Nigerian Internet writer to be arrested by the SSS and detained incommunicado in October. Jonathan Elendu of Elendureports.com was arrested on his arrival in Abuja for a family visit on 17 October and detained incommunicado without charge for 11 days before being provisionally released without charge on 29 October. He was reportedly questioned about his alleged links to another US-based Nigerian news website, Saharareporters.com, his sources and funding and his opinions on the Nigerian president, as well as articles he had written on the president's health. He was denied legal and medical assistance for most of his detention, only gaining access to his lawyer on the tenth day of his arrest. Some reports suggested that the writer was ill treated during his detention. His travel documents also remained confiscated.

Both detentions are in contravention of Nigerian law, which stipulates that anyone arrested must be charged in court within 48 hours. They are reportedly part of a government crackdown on foreign-based Nigerian political websites since the publication of controversial photos of President Umaru Yar'Adua's son by a popular news blog.

** English PEN would like to thank all those who sent appeals on behalf of Emmanuel Emeka Asiwe. **

Posted by Respectable at 4:17 AM